7 Things You Didn’t Know About Pregnancy 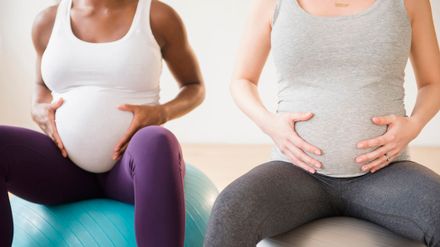 You’re expecting a baby as a first-time mom, and everything feels unknown and unpredictable.

It’s normal to feel a little nervous when facing pregnancy for the first time. But the more you know, the better prepared you’ll feel.

Read on for seven surprising things you likely didn’t know about pregnancy to help you expect the unexpected.

1.Morning Sickness Isn’t in the Morning

Morning sickness can strike in the morning, but it’s also just as likely to happen during other hours of the day.

Morning sickness happens most frequently in the first trimester. And it can happen in the morning, afternoon, evening, or even in the middle of the night.

For some women, this sickness can involve a little nausea, while for other expecting mothers it leads to vomiting and trouble eating.

Morning sickness is one of the most uncomfortable parts of early pregnancy. It can also lead to a severe form of morning sickness called hyperemesis gravidarum. This is where pregnant women vomit more than three times per day, leading to dangerous dehydration and weight loss.

When morning sickness is severe and persistent, it’s crucial to visit a doctor for treatment.

2.Your Hair Will Change

Hormonal changes can affect hair in two seemingly contradictory ways: the hair can get stronger and thicker, or it can get weaker and fall out.

The hair growth cycle changes during pregnancy. For some women, this means that their hair spends more time in its growing phase. This can lead to thicker, stronger, more luscious hair.

Other women report hair thinning and loss. This happens if estrogen dips during pregnancy. For some, estrogen levels decrease after pregnancy instead, leading to postpartum hair loss.

One of the most important things to know about pregnancy is that you won’t be able to function as you normally did—and that includes your brain.

Don’t be surprised if you start forgetting details or randomly spacing out. This is commonly referred to as “pregnancy brain.”

Pregnancy brain is normal, and there are a variety of causes. Hormones, lack of sleep, stress, and changes in the brain’s gray matter can all contribute to brain fog during pregnancy.

If your brain starts feeling cloudy, there are a few things you can do.

Use organization tools like planners and calendars to record important appointments. Make notes on your phone when you must remember something, instead of relying on memory.

And don’t forget to take care of your health in general. Physical activity and getting enough rest at night can both improve cognitive functioning.

4.Not All Pregnancies Last Nine Months

The belief that pregnancies last nine months is a myth. In actuality, a pregnancy carried to term typically lasts closer to 10 months.

A full-term pregnancy is around 40 weeks. But each pregnancy is different. Some go longer than 40 weeks, while others are much shorter.

Some pregnancies are cut short by miscarriages. Others are aborted after careful consideration.

For those unsure about continuing their pregnancy, consulting with a medical professional such as The Cline Centers can give you personalized information on your pregnancy options.

Especially in the first trimester, vivid dreams are common. This is the result of hormone and body changes. Stress is also a factor, which is common when facing pregnancy and motherhood for the first time.

Increased anxiety and bodily discomfort can lead to trouble sleeping and other sleep disturbances. Then, you may find that your dreams are extra intense, vivid, and colorful.

Your skin will change in a variety of ways during pregnancy. Hormones can cause more oil production, causing acne.

Others are lucky and don’t have pregnancy acne. Instead, they may have a “pregnancy glow” that makes their skin look healthier than ever.

Other significant skin changes can happen too. Chloasma, dark pigmentation on the skin, is common during pregnancy. And many pregnant women will find a newly-formed line going down their stomachs.

As mom makes room for baby, it’s also common to get stretch marks on the stomach, bottom, breasts, and thighs.

When in the late stages of pregnancy, many women start preparing the home for the new baby. This involves cleaning, organizing, creating comfortable spaces in the house, and even doing some unplanned renovations and repairs.

This can come on almost instinctively, which is why this behavior is called the “nesting instinct.”

There are rational reasons it may happen, though. If you’ve been pregnant for months, you may be feeling bored and restless, especially as you can’t move as easily as before. The solution, then, may be to work and clean around the house.

If your due date is approaching, you may also simply wish to prepare the house for the baby, knowing you won’t have the time and energy to do it later after their arrival.

If you’re focused on deep cleaning and home improvements like never before, you might have already started nesting.

Prepare for the Changes Pregnancy Brings

Pregnancy changes almost everything, from your body’s appearance to your mental abilities. If you’re pregnant or considering getting pregnant, expect these changes, and embrace them as part of life.

For those becoming a first-time mom, those changes will all be worth it when you have your bundle of joy.

For more on pregnancy and life changes, check out our newest lifestyle articles!

Colic in babies: A 101 guide for parents

The Benefits of Online Doctor Booking