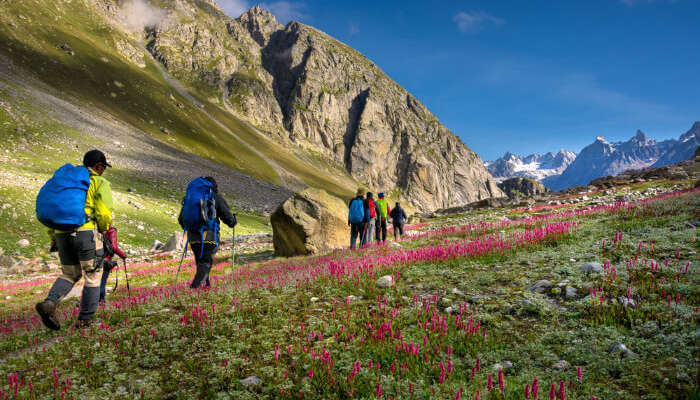 There are three sure things in life; death, taxes, and these days, Ras Al Khaimah’s continuous effort to establish itself as an eldorado of outdoor adventure. The northern emirate region has shown no signs of resting on its recent laurels. Over the past couple of years, it has continued to build on its record tourist figures and has introduced several new and exciting activities and attractions for tourists.

The region welcomed a record 109,048 visitors in July, a number aided by the launch of the Hampton by Hilton hotel, the largest of its kind worldwide, which hosted over 6,000 guests in its opening weeks.

Those numbers result from the United Kingdom relaxing travel restrictions to the United Arab Emirates and transferring them from the Red List to the Amber List on August 8. International visitors booked a total of 855,165 nights in Ras Al Khaimah hotels and 206,844 residents in the Emirate’s hotels during the first half of 2021.

In addition, the emirate had the highest customer satisfaction index in its history during the first half of this year: 98%, according to the statistics and data company Nelson, as well as the highest results in the “Net Promotion Points” among foreign visitors over the past few years.

Under the direction of RAK’s ruler, the emirate’s tourism industry has boomed. The most recent is Dh500 million ($136.14m) on 20 sustainable tourism projects. Despite these impressive strides, the region keeps coming up with novel ideas to lure in more adventure-seeking tourists. The goal to become the region’s most popular adventure destination is ambitious, but it is achievable on the evidence of recent years.

“We are open for business for anyone who can visit. Ras Al Khaimah is a case study in successful Covid-19 management, with thoughtful and progressive initiatives from robust safety measures, vaccination drives for travel and tourism workers, free return PCR testing for international visitors, targeted destination campaigns, and a renewed campaign focus on aviation collaborations. The combination of all three of these measures has helped the destination get back on its feet and reinvigorated the tourism industry.”

What are these New Adventures in Ras Al Khaimah?
In 2019, Ras Al Khaimah, despite already being home to the longest zipline in the world, the region unveiled a series of adrenaline-filled attractions throughout the winter season. The emirate introduced a bungee jump, a suspended obstacle course, and a new zipline tour through the mountains.

The new winter attractions are paragliding from Jebel Jais mountain and a 2-kilometer bobsled ride inspired by the Alpine system. It is anticipated that the reopening of 1484 by Puro – the highest restaurant in the world at 1,484 meters above sea level – will boost the emirate’s economy.

As part of the expansion, the Bear Grylls Explorer Camp at Jebel Jais will include thirty cabins. In addition, the region will soon be home to the first base jumping platform in the UAE, which allows professionals to jump from skyscrapers and cliffs, then use parachute safety systems to land safely.

Tourism in the emirate will also include luxury glamping. Guests will also have access to an agricultural program at the 60-unit space, which offers guests the chance to learn as they go.

Confirming these new developments, the chief executive officer of Ras Al Khaimah Tourism and Development added: “We expect further growth for the second half of 2021, especially with the latest announcement that the UAE is now on the UK’s amber list, as well as our recent announcement of over 20 sustainable tourism development initiatives. We are investing half a billion dirhams into the destination, a move that includes several new nature-based, sustainable projects on Jebel Jais that are due to open in the coming months.”

The effort to diversify its tourism offerings is a natural progression of the region’s strategy to make its natural landscape even more accessible to visitors.

With its emphasis on environmentally-friendly tourism and the addition of new adventure sportle to its list of offerings, RAK continues to see record numbers in terms of visitors and revenue.

How and Why to Choose a Rental Limo Service Toronto?

The Best Theme Park For Your Family To Enjoy

Loranocarter+California: Best Places to live In 2022-2023

Where to Get Resources on a New Vacation Spot