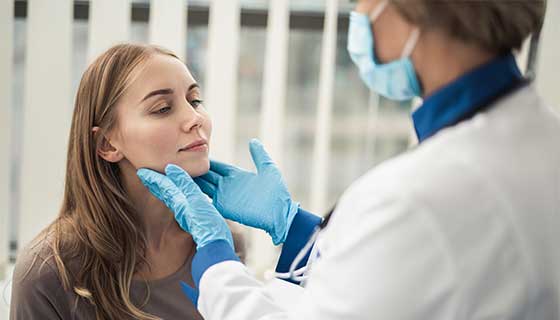 Achalasia is a rare but dangerous condition affecting the esophagus, the tube that moves food from the throat to the stomach.

The lower esophageal sphincter (LES), which controls the entry of food into the stomach, malfunctions in those with achalasia. Most of the time, this muscular ring keeps your esophagus separated from your stomach, but it relaxes when you swallow so that food can pass through. Your esophagus may become clogged with food if the sphincter does not relax.

Achalasia develops over time, and some patients overlook their symptoms for years before seeking medical attention. Although there is no definitive cure for the condition, visiting an ENT Specialist in Lahore can help you to make your life better.

Achalasia is most commonly diagnosed in adults aged 25 to 60, but it can also occur in children (approximately 5% of occurrences in children under the age of 16). No one race or ethnicity is more affected than another, and the condition is not inherited (having a rare form of achalasia is an exception). Both males and females are affected equally.

Achalasia can progressively worsen with time if nothing is done about it. You will eventually have more difficulty drinking liquids and swallowing solids. It can result in significant loss of weight and malnutrition. Achalasia patients also have a slightly higher risk of esophageal cancer, especially if the disease has persisted for a while. To detect cancer at an early stage if it were to arise, your doctor may advise routine esophageal screenings.

It is unclear why the esophageal muscles are unable to contract and relax properly. One hypothesis holds that achalasia is a virus-triggered autoimmune condition in which the body targets itself. The nerve cells in the muscular layer of your esophageal wall and at the LES are attacked by your immune system. Your muscle-controlling nerve cells slowly degenerate for causes that are yet unknown. This causes the LES to contract too much. As a result, food and liquids cannot pass through the esophagus and into the stomach.

The signs and symptoms of achalasia typically develop slowly and get worse with time. These may include difficulty swallowing (dysphagia), regurgitation of food or saliva, symptoms of pneumonia (caused by food being aspirated into the lungs), belching, intermittent chest pain, heartburn, coughing at night, vomiting, and weight loss.

X-rays (radiology) are routinely used to diagnose achalasia. The esophagus may appear enlarged (dilated) on radiological examination, particularly when barium is used, and food and fluids may be retained inside. To confirm the diagnosis manometry is used, which evaluates the timing, strength, and relaxation of the lower esophageal sphincter as well as the contraction of your esophageal muscles.

There are currently no cures for achalasia, however, there are several ways to manage the symptoms. The purpose of treatment is to restore normal esophageal contractions, aid in sphincter relaxation, and facilitate food passage into the stomach.

Approximately 70% of achalasia cases can be adequately treated by expanding the lower esophageal sphincter muscle with a process called pneumatic balloon dilation.

In about 85% of cases, surgical treatments for achalasia may be helpful. The lower esophageal sphincter’s muscular fibers are cut during these procedures (peroral endoscopic myotomy or laparoscopic Heller myotomy).

Depending on the severity of your disease and your preferences, the Best ENT Specialist in Karachi will go over these alternatives with you so that you may both choose the most appropriate option.

Quick Home Remedies to Get Rid of Dandruff

How is Six Sigma beneficial to Healthcare Industry?

How To Ignore Someone Who Ignores You?