What is Laravel Microservices and what are some of its benefits? 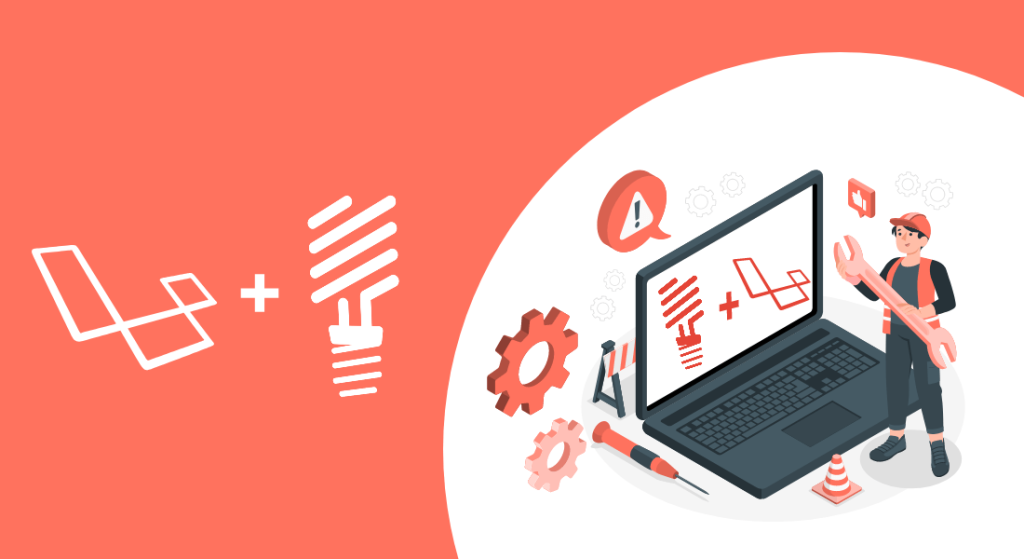 Microservice architecture, often known as microservices, is an architectural strategy that divides an application into a number of interconnected services. These divisions are extremely maintainable and testable.

With microservices, large, sophisticated applications can be delivered quickly. It also makes it possible for a technology stack to expand.

Laravel is a development environment that provides simple and powerful command-line interfaces. It also employs object-relational mapping (ORM) to make it easier to access and manipulate data. 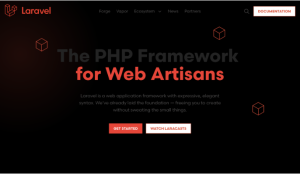 If you are thinking of building an application using Laravel, you are at the right place.

In this article we will cover:

Is Laravel right for my company?

If your company is running into any of the following problems, you should consider Laravel.

Laravel microservices can help you in all the above areas.

There are two main kinds of businesses that use Laravel:

BBC, 9GAG, Pfizer, Crowdcube, and Lenovo are a few such companies.

The microservice architecture allows you to launch a website with the immediate requirements and expand as need be.

Advantages of using Laravel over other frameworks 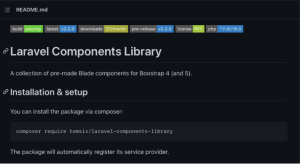 Laravel has many features.

The MCV architecture, the Artisan command-line tool, or the accessibility of object-oriented libraries—Laravel has everything developers require to build reliable websites more quickly.

Did you know, in the vast majority of web applications (98%), cybercriminals are able to attack users?

This can result in the spread of malware, redirection to a malicious site, or data theft through social engineering.

3.. A developer community who’s got your back

The developer community around a web development framework has a significant impact on its popularity.

Developer communities are crucial in addressing issues, publishing use cases for the frameworks, closing security gaps, and improving frameworks.

They are crucial in helping newbies get started with a framework as well.

Laravel has an extremely active community that frequently releases new plugins and modules. Therefore, no matter how difficult your enterprise website project is, you can contact Laravel developers anywhere in the world with only one click. Needless to say, it also makes it really easy to hire Laravel developers.

Laravel microservices are simple to deploy.

Since microservices can be built on separate physical computers, virtual machines, or Docker containers, there is less risk of a system crash when something goes wrong. This is due to the complete independence of services.

Python, Java or C++? With Laravel, you don’t have to let the framework guide the language.

Developers can create Microservices in whatever programming language they are comfortable with. Consequently, they can subsequently offer APIs per the REST or RPC protocols.

Laravel developers can also combine microservices using a variety of development frameworks, coding languages, and data-storage systems, giving you the best of all worlds.

With Laravel microservices, developers can design a system that can handle the failure of individual services.

Both architectural components and KPIs that are important to the business are thoroughly examined in microservice apps.

These designs are being used by many industry heavyweights, including Netflix and Amazon, to ensure that the greatest barriers are removed. 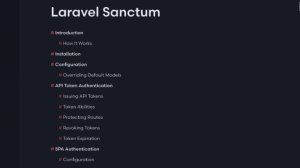 Sanctum allows each user of your application to generate multiple API tokens for their account. These tokens may be granted abilities / scopes which specify which actions the tokens are allowed to perform.

Laravel has over 20 distinct libraries divided into various modules.

As a result, Laravel makes it simpler for programmers to use a modular approach while creating intricate and responsive web apps that are also user-friendly.

Additionally, this modular architecture allows developers to handle a great deal of complexity in the building of enterprise Laravel applications.

Artisan is the name of the command-line interface included with Laravel. 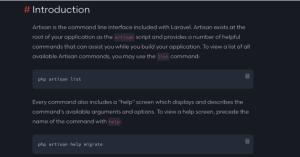 It provides a number of helpful commands for developers to use while developing your application. It is driven by the powerful Symfony Console component.

With Artisan, developers can perform complex tasks in a few minutes. They can also develop database structures and seamlessly migrate them.

Everyone knows the secret behind a good application.

Support for testing with PHPUnit is included out of the box and a phpunit.xml file is already set up for your application. The framework also ships with convenient helper methods that allow you to expressively test your applications.

It also allows developers to run several unit testing. This eliminates the need to run standalone tests to assess the performance of your application and saves time.

Laravel provides a powerful filesystem abstraction thanks to the wonderful Flysystem PHP package. 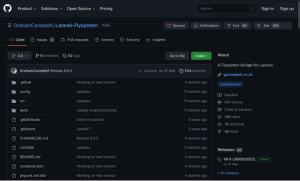 Even better, it’s amazingly simple to switch between these storage options between your local development machine and production server as the API remains the same for each system.

Since microservice architecture offers benefits for building and delivering enterprise systems, it is quickly becoming the preferred design approach for Laravel developers. Many Laravel development firms and programmers use APIs that can be understood as microservices.

Hire Laravel developers and get started on your own project today.